Home » Blog » What do the codenames and code numbers of different versions of Windows 10 mean? | Techtunes
Blog

What do the codenames and code numbers of different versions of Windows 10 mean? | Techtunes

Hello Techtunes folks, how are you all? Hope everybody is well. From now on we come to you regularly with new tunes. And is there any other way to stay away from Techtunes’ new topics and services? And in order to keep up with this ever new topic and trend of service, today I came up with a brand new topic with you. And through this tune you will be able to know all the new information.

There are many versions of Windows 10, each with a different name and number. For example, the October 2020 update was renamed 20H2, version 2009, and build 19042. And this will make you think that Microsoft has named their update in a different language. You can easily decode Microsoft’s Jargon through this tune.

The development of each Windows 10 update begins with a code number. And in recent years, Microsoft has simplified the codenames of their updates.

In theory, codenames for Windows developments are based solely on the Windows development process and Windows Insider. And in practice, Microsoft has a lot of documentation that they use, note “20H2” and “20H1”. Moreover, the codenames of this modern development are very easy to understand, and the method of this codename is preferred by many of Microsoft.

And these development codenames are replacing the version numbers in the Windows 10 interface. If you Settings > System > About Navigate to Options, then you are under Windows Specification “.versionYou will see these codenames in “.

Here is a list of the codenames for the development of Windows 10, so that I have tried to specify the codename of the first update from the latest update.

Windows 10 updates release two versions a year. You will notice that in the year 2019, Microsoft followed a simple codename system and they have been naming their updates according to this rule for almost a year and a half.

But ordinary people do not understand the codenames of this development, right? And that’s why to make these things “easier” for the general public, Microsoft made the official name for each of their updates, to make it beautiful and readable to the people. So when a time comes near the release of an update a name is given for the update.

And the names of the current updates have been self-explanatory. For example, “October 2020 Update” and “May 2019 Update” it is easy to understand that this update was released this month and this year. Now more than ever, the names of the updates are simply explained, such as “20H2” and “19H1”.

Moreover, the detailed names are not usually given in Windows 10 operating system, you will see these names in other blog tunes or in various marketing videos. 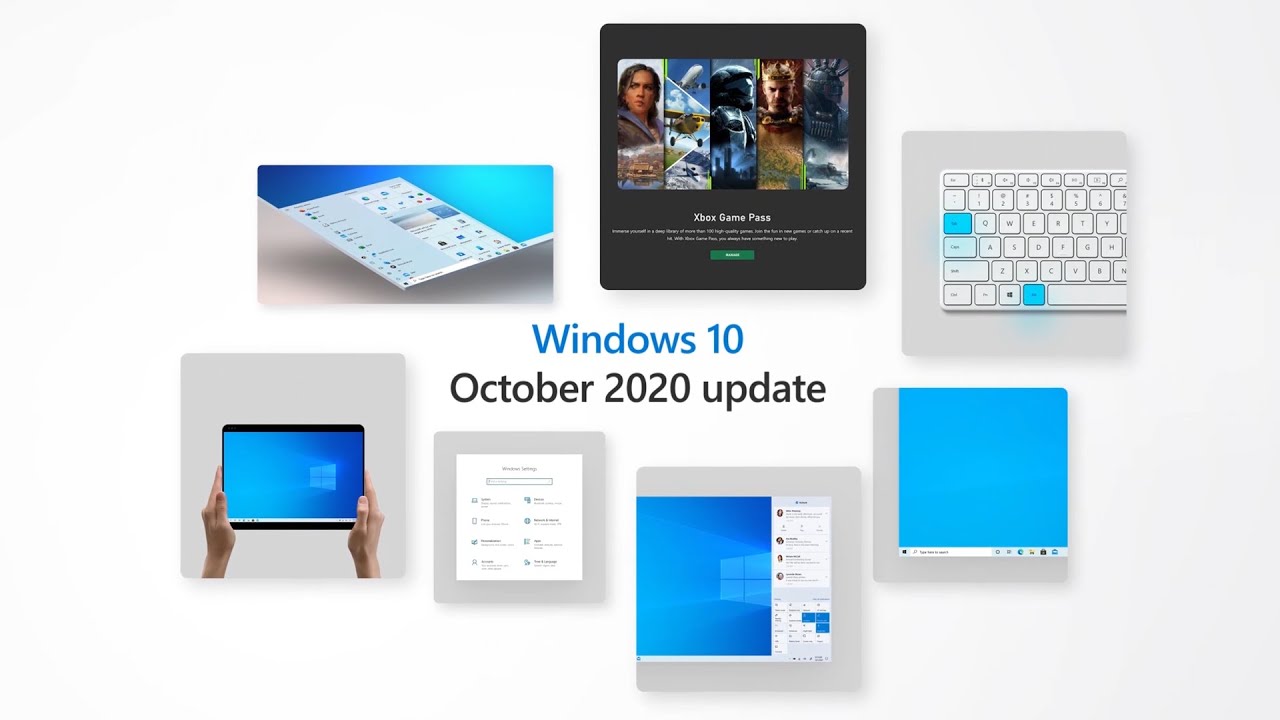 We call these names marketing because they are simply presented for marketing purposes. And 1 year after the release of Windows 10, they released the “Anniversary Update” update and I like this name very much.

Then, when “Creators Update” was released in Windows 10, features like Paint 3D and Windows Mixed Reality were added. The “Fall Creators Update” update was followed by further improvements to the previous features.

Despite Microsoft introducing their official marketing name as “October 2020 Update”, Microsoft also changed their name to “20H2” or “version 2009” in their document.

This name is not even used in Windows 10 – it was probably created by engineers, not by the marketing department. Navigate to the Settings> System> About option shown above and you will see “20H2” or 2004 version.

It is true that there is a version number of Windows 10 which is very different from the development codename.

The October 2010 update of Windows 10 is technically known as Windows 10 version 2009. So, this number basically means September 2020.

But this is the update of October 2020, isn’t it? Yes, that’s right. But Microsoft is confusing us here again, and the version number actually means that the update is finalized in a month, and the updated version is released exactly one month later.

The following is a list of the latest version numbers of Windows 10:

Microsoft is no longer using these numbers, but instead uses the “20H2” development name, which you can find out by navigating to the Settings> System> About option and winver You can also find out through commands (press Windows + R together, and winver Type and press Enter). 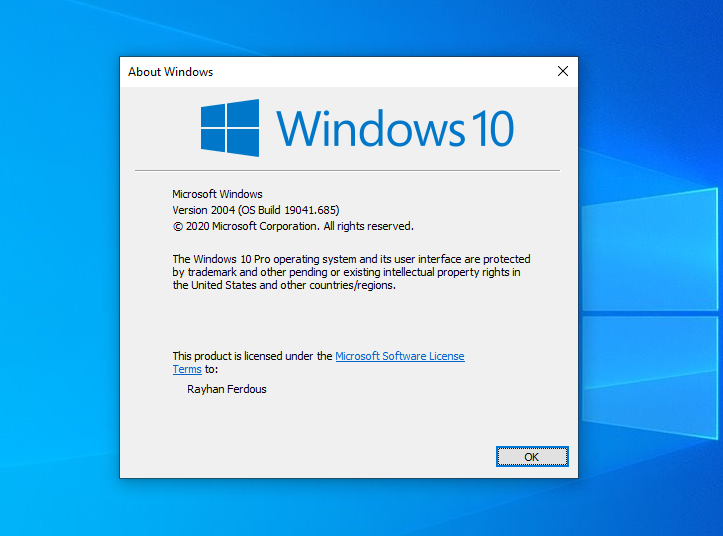 Microsoft is currently reducing the use of these numbers, but you can sometimes see these numbers. For example, Microsoft Windows Update Assistant refers to the October 2020 update as “version 2009”.

Each Windows 10 operating system (OS) has a build number. Moreover, during the Windows development process, each of Windows 10 has its own “build” number in Windows Insiders.

After much testing and bug-fixing, Microsoft released a stable version update with a final build number, and this version also has a build number.

Also, there are some build numbers – the stable version of the 20H2 “19042.572” is known as this build number, but the number will only increase to “572” as Microsoft updates or patches updates over time.

And the numbers in the development version of Windows 10 are released as a preview of Windows Insiders. For example, during the build 19023 development process Insider released the 20H1 updated version. Microsoft did not release an update to the 19024 build number, but an update to the 19025 build number was released, and Microsoft decided to keep the 19024 version internally, so the build version was never released.

Moreover, Microsoft mentions the build number of Windows in their various documents. For example, it is known which specific features were added to a document, so you can easily understand when the Windows development process was started. Also if you are Microsoft Windows Insider blog If you search for any information about a particular build, you will see the latest updated version of any build, for example, the document number 19023 shows that 20H1 is the previous build number.

What do you do knowing this?

Hopefully, now that you understand these, it will be useful for you to be aware of this, because you can easily understand why you don’t see any version of Microsoft Web and Windows 10.

I would urge you to find out more about Windows 10 version name or build number by using Google or any other search engine. If you see the version name “version 1903,” “build 18363,” “19H2,” or “Fall Creators Update” somewhere and you are not sure what it means, then search for that keyword, then you know a lot about that keyword. Know the information.

AirMore - Manage your Android and iOS smartphones in the air! AirMore is not just a file transfer application, it's a complete professional mobile device management tool - how to understand if you don't use it! | Techtunes